I love early mornings (sense my sarcasm here), but when it’s getting up at 4:30 am to take a sunrise cruise on the Holy Ganges River, it’s not so bad! It is a little cloudy this morning, so we don’t have the best view of the sunrise.

There are a few shop boats that pull up next to us; a main item sold is a little vial that they fill with holy water from the river. 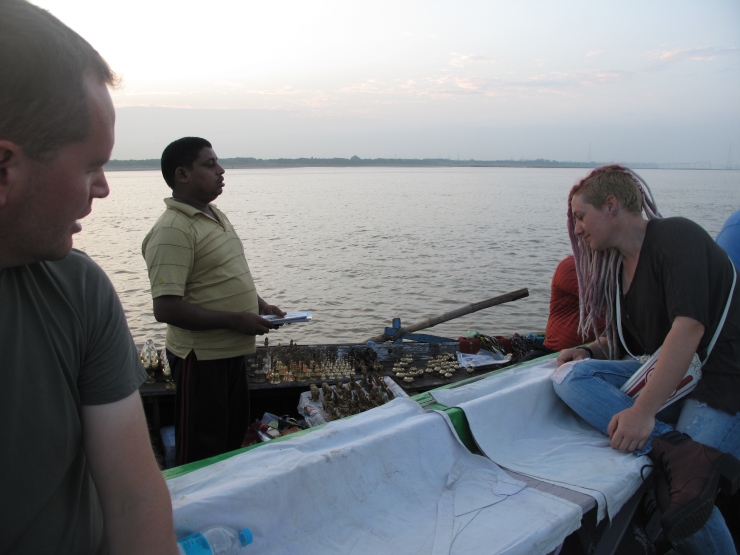 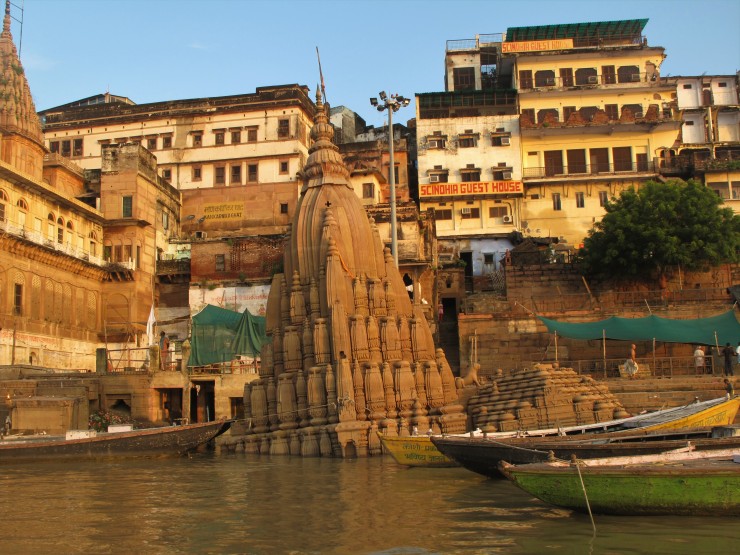 But I’ll say, it’s such a different experience from last night to this morning. It is so peaceful, and the colors of the ghats come alive.  As our leader Chandra would say, a lot of “click click.com”.The Ganges River is very dirty and polluted (statistically the 5th most polluted in the world), but this does not take away from its reverence.  Hindus rise early to bathe in the waters to purify themselves from their sins, facing sunrise towards the gods. 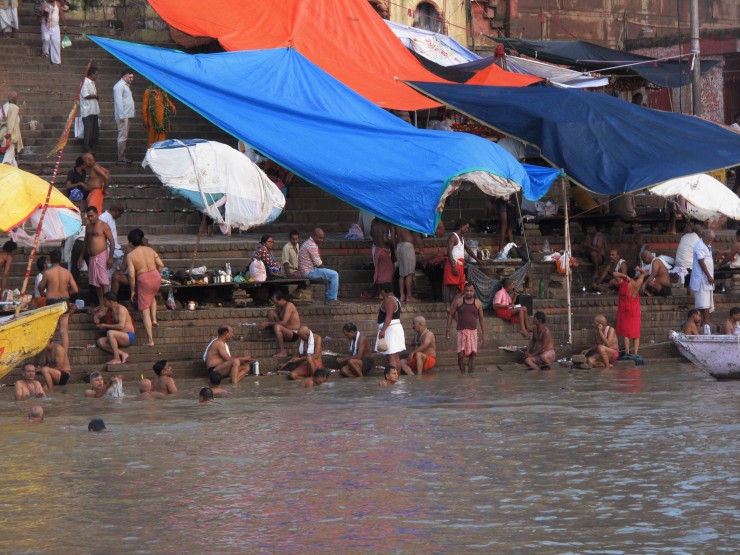 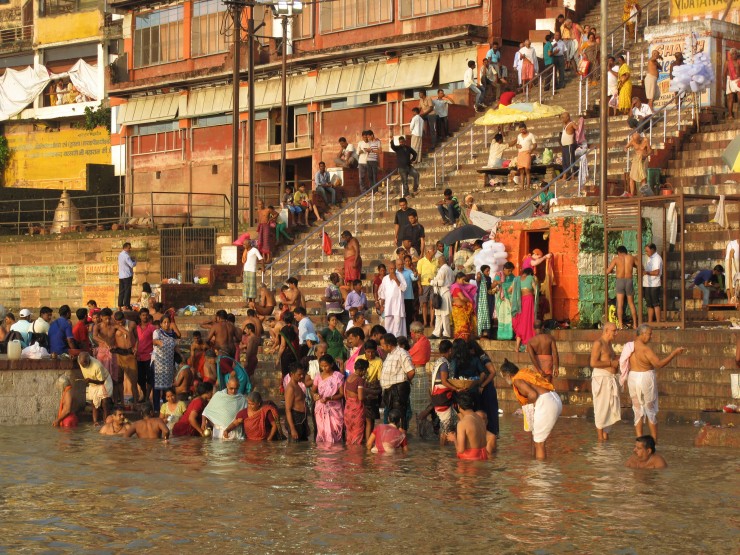 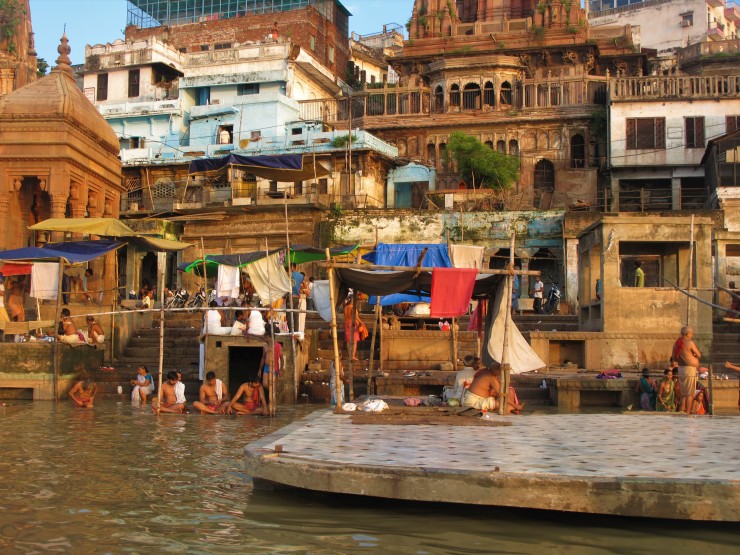 They cup the water in their hands, lifting it and letting it fall back into the river. And some even drink it! I can’t even imagine how that is safe or sanitary. They also use the river to wash clothes and cook. We float past Manikarnika ghat, where cremations take place, around 100 bodies per day between these few burning ghats.  The bones and the ashes are thrown into the Ganges. There are certain types of people that are not allowed to be cremated at the ghats, so instead, their bodies are left to float and decompose in the river. Thankfully we do not see any floating bodies, except for one large floating object that we think is possibly a cow.

We float back over to Dashashwamedh Ghat, where we watched the prayer ceremony last night. It is stunning in daylight. Colorful boats roped to the docks, two large water towers with murals of Lord Shiva and Lakshmi, multi-colored umbrellas to shade those from the already imposing heat. 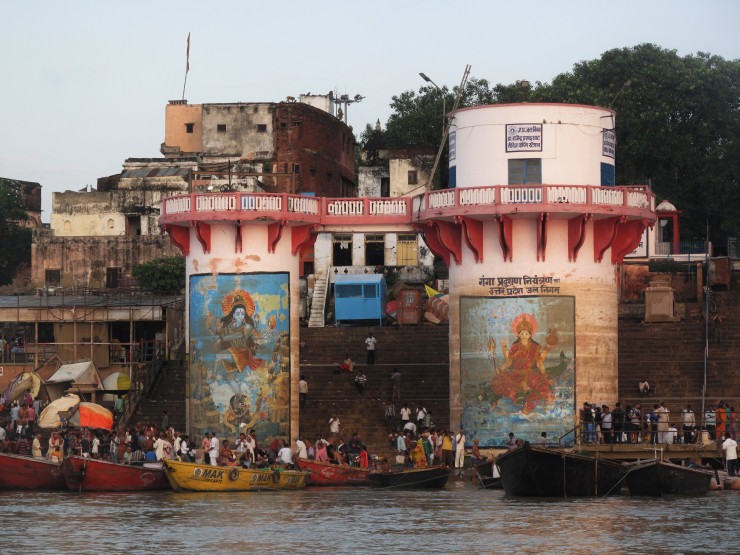 It is still early in the day, so we head to Sarnath which is an hour or so drive from Varanasi. This is the site where Buddha did his first teachings after reaching enlightenment.  It is extremely hot here…oh my. As we step out of the bus, we are surrounded by young children begging for money for food. Their tiny hands go up and down to their mouths, saying chapati(Indian flatbread) over and over . It is a terrible feeling to have to say no, but it is frowned upon to give them anything. 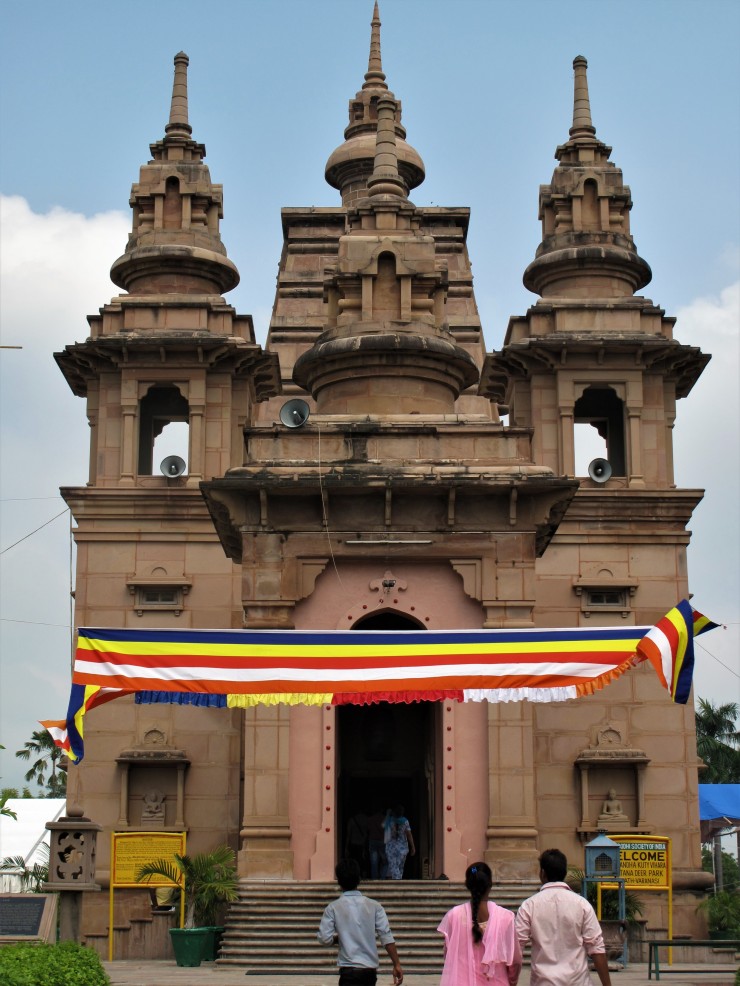 The first site we check out is the Mulgandha Kuti Vihar, a Buddhist temple that has a large bodhi tree that is said to come from seed of the original tree in Bodhgaya. 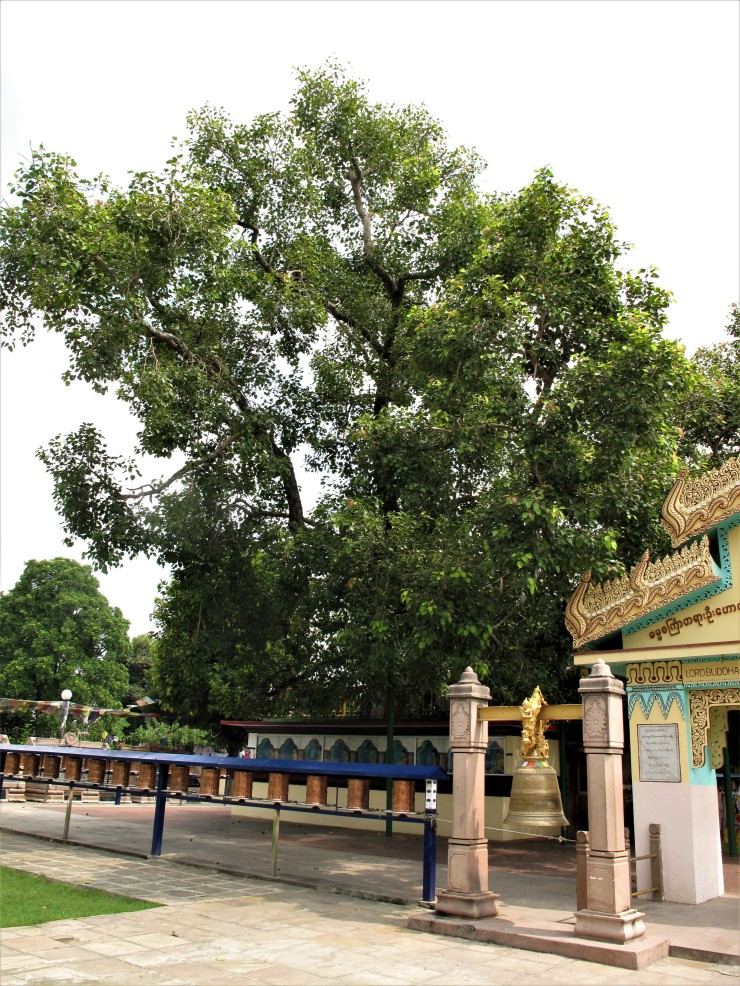 There is a massive Buddha statue at 80 ft tall; it is the largest in India.

And finally, the giant Dhamek stupa, which is a brick and stone circular mound adorned with carvings that contain relics(typically the remains of Buddhist monks or nuns) and is used as a place of meditation . This is the spot where Buddha gave his sermons.

Sarnath is a great place to visit, but we don’t stay too long as everyone is hot and sweaty and uncomfortable.

After a short rest we head out to dinner at a rooftop patio restaurant called The Beatles Bistro. I can’t figure out what the connection is to the Beatles, but besides that, we have a great dinner (even though it is a bit too dark on the patio and I have to use my cell phone light to see what I am eating). I have thali, which is like a sample platter that consists  of veggie pulao- spicy rice with vegetables, paneer (a curd-y cheese that’s similar to cottage cheese), chapatti, naan, and the most amazing dessert-gulab jamun which is a milk solid, covered in dough and deep fried. They are balls (which provides a ton of suggestive jokes) that are served warm and soaked in syrup. Oh my god, so yummy. 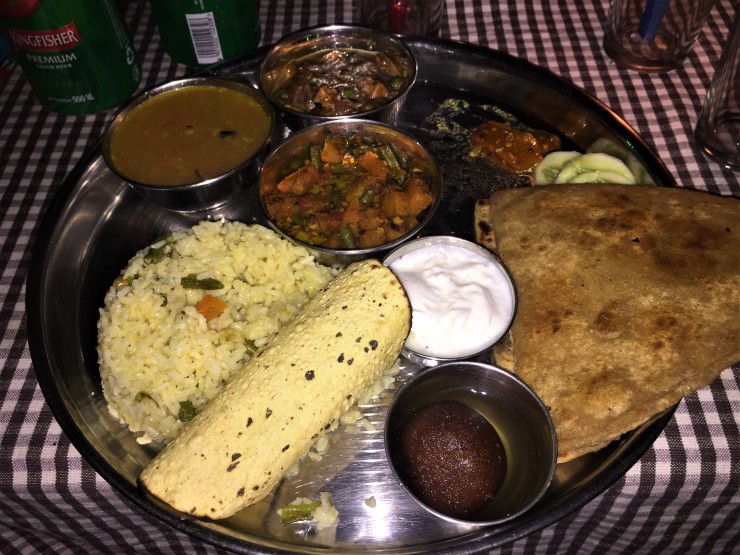 And then back to the hotel to prepare for another early morning. I made the mistake of doing some hand washing yesterday, but the air is so damp here that my clothes are not drying properly. So annoying!!